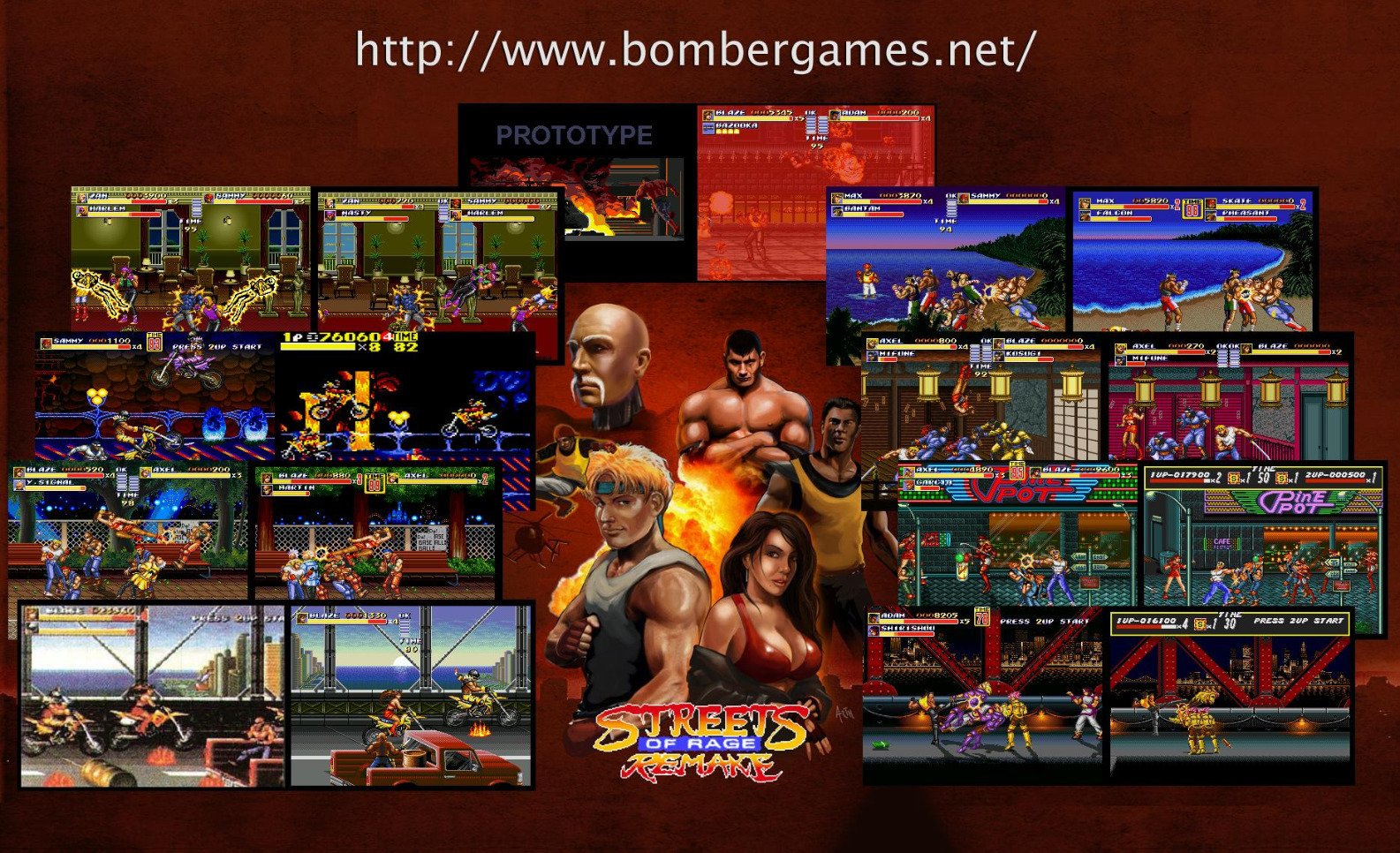 The new Streets of Rage Redux is unique pleasure to the thrue fans.
Let me introduce you to this dizzying mod produced by the SoR Remake community.
The fans of the Bomber Games' game Streets of Rage Remake are multiplying. At the same pace, those who want to produce are vying to give us great games that we can all play. The new mod is called Redux. By its nature, it is a new story of the adventures of the band from Wood Oak City. Axel, Blaze, Max, Dr. Zan and Adam embark on a new atmosphere. New roads and arenas where to compete with this dangerous enemy - the raging gangs of Mr.X.
Rich and beautiful atmosphere. The decors are excellent and the quality of this mod is amazing. A multi-layered composition in which the space is better executed in several rows, which diverge from the corner of the character.
New additions are not limited to new decors. The author has combined them wonderfully and now they add more action and a hot atmosphere to the gameplay. Grenades, traps, deep pits, high-speed motorcyclists are some of the obstacles you will have to overcome. 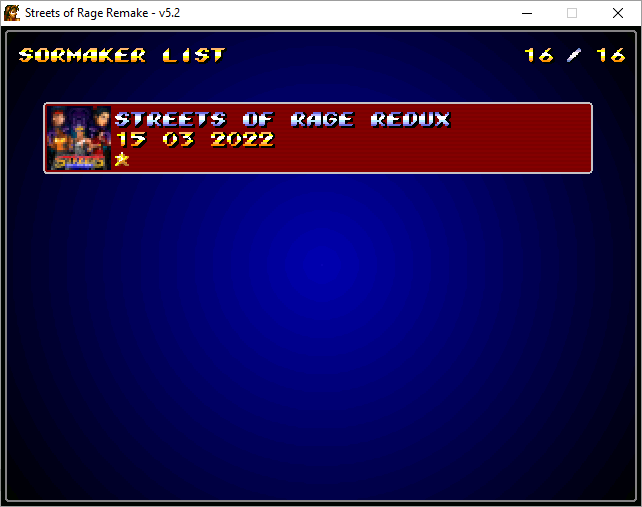 Streets of Rage Reduces all other elements unchanged. The choice of characters, weapons, different color grips or skills remain the same.
The classic and well-known qualities provided to us by Bomber Games in their game SoR Remake.
Streets of Rage Redux is a mod that uses the wide palette of its original. To the main players you can add Rudra, Shiva, Mr.X and the kangaroo Victy. In addition, the special abilities plunger allows you to unlock a bunch of other character enhancements, such as maximum guage, which allows unlimited special hit or maximum stars for combined attacks.
The game is not long, but it is very attractive and interesting. In an hour and a half - a great and very interesting adventure that will leave you exhausted.

Creator of this game is Rain and SoR Remake society.

Note - How to fix ?!
Position 36:32 in the video corresponds to the last segment of the level with the train from the game.
You can get a bug - one of the opponents is blocked and does not come out, and you remain blocked.
Then you can use your special move that corresponds to a helicopter, bazooka or fiery tornado of Rudra. This will eliminate the enemy and you can move on.

How can we install SoR Redux ?
Download SoR Remake first.
Then download SoR Redux
Unzip it === >> copy the folder of the SoR Redux and past it into the Games folder of SoR Remake.
\ Streets of Rage Remake \ mod \ games
Turn on the game from SorR.exe and select SOR-MAKER from the menu.
Thats all - play and fun!