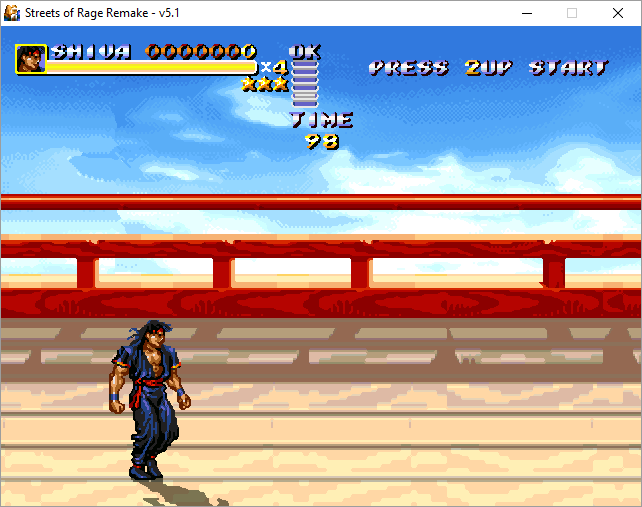 And, well, this mod is dedicated to Street Fighter, although the gameplay and the characters are entirely from SoR.
The story of Street Fighter Ultimate Cilection is short. Within half an hour you will be able to play it to the end. Many of our familiar cinematic elements are missing.
Mr.X's union, led by Shiva, has taken over territories that once belonged to Street Fighter fighters. You will notice ornaments from our well-known ones, constructions on the Great Wall of China, the Gouken dojo where Ryo and Ken once trained, as well as a bunch of other ornaments.
Now the fighters from Wood Oak City have taken over these places and settled down comfortably. New experiments will start there and new bases will be created. But here again the group of Zan and Axel joins, yoyato will try to drive them away.
Like all others, mods for SorR and this one you can diversify significantly. Add new characters or fighting techniques, create new characteristics for fighters or endow them with inexhaustible power. 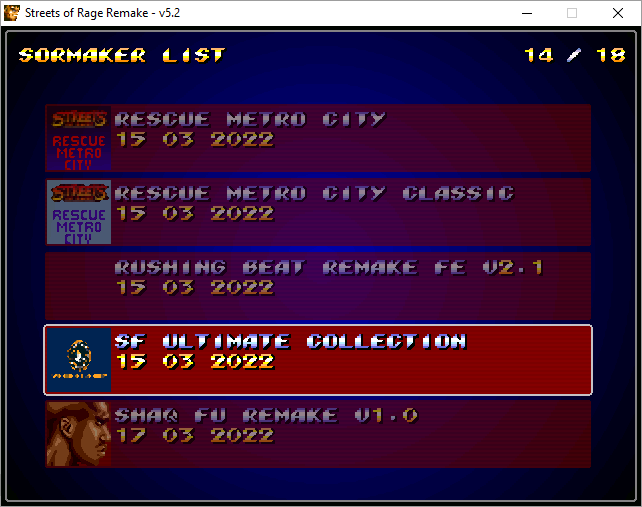 You can add your upgrades from the Shop menu by purchasing them through credits earned in victorious missions.
You should know that credits are earned only in missions of the original game and you will not accumulate points from the mods.

Creator of this game is Ryu Hoshi and SoR Remake society.