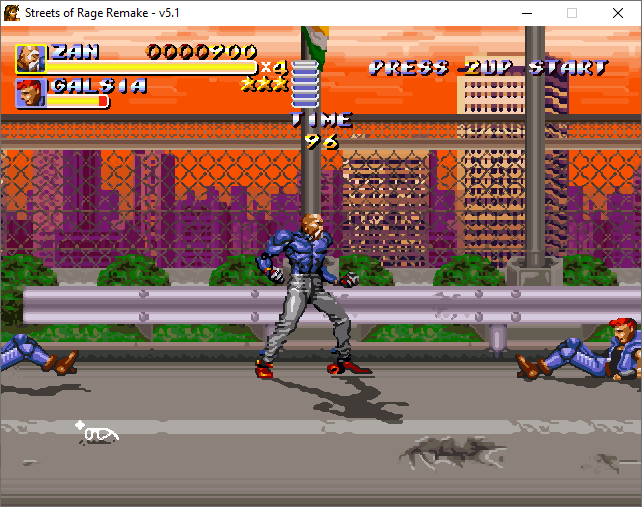 The modes for Streets of Rage are multiplying. New proposal for super gameplay with SoR characters.
The Hydra Hard Type is a great and unique mod of SorR. It will take you away from the roads of Wood Oak City and send you far south to the polar base of Mr.X. this is just another hiding place for him, where his experiments are conducted. His desire to create an army of clones is complemented by his army of robots and captured aliens.
Mr.X has many countries of warriors that look striking among the people and many of them were created here.
Your mission will be to destroy the Hydra base. However, it is guarded by mutant countries and robots, as well as by super-strong fighters like Rudra. In addition, the experiments of the evil scientist Mr.X has developed a teleport, through which he will be able to send you directly in the midst of a fierce battle where his ruthless armies will defeat you.
Once the hydra is destroyed, the union leader will not be able to produce new super fighters to roam Wood Oak City.
The game is characterized by excellent quality. Since SorR provides its own engine, we can expect a stable projection of all technical characteristics.
The decors have been significantly recompiled, and many of them have a completely new atmosphere. The story is intriguing, which means you will play with interest. Like most mods for SoRR, this one uses the benefits and settings of the original game. All unlocked units and entered settings can be used.

Creator of this game is Atrocity3010 and SoR Remake society.

How can we install SoR the Hydra ?
Download SoR Remake V5, V5.1 OR V5.2 first.
Then download The Gydra mod
Unzip it === >> copy the folder of the The Hydra and past it into the Games folder of SoR Remake.
\ Streets of Rage Remake \ mod \ games
Turn on the game from SorR.exe and select SOR-MAKER from the menu.
Thats all - play and fun!