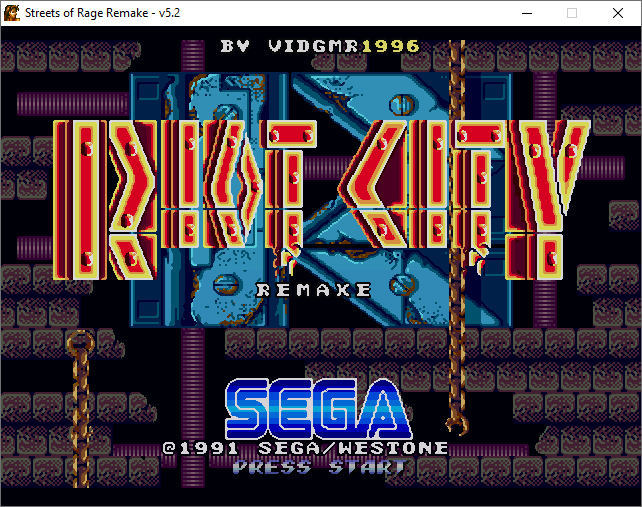 You may remember one of the legendary Hudson Soft games called Riot City. The TurboGrafx-CD console drives this game and this brings with it many fans to enjoy the exceptional qualities. At that time, the game demonstrated excellence. More than twenty years later, the SorR community, in the person of VidGmr1996, is creating its own unique remake. This game will probably reunite its fans in another new replay. The plot and the sets are same as the early models. They are torn from the original game. You will hear the authentic sound of the battles of that time. In fact, only the models of the characters belong to those of Streets of Rage Remake. Many new pallets have been added, which also creates a new atmosphere. This will help you immerse yourself in the world of Riot.
The added cinematography is also from the original game. Processed by new technologies, it looks fantastic and will take you back to the era of early digitalism.
This mod relies on a good plot, sticking to the original. There are no scary battles or chaos on the battlefield. On the contrary, you will be able to show and master your techniques and combinations in some very good fights.
The story of the game can be told in two different routes to which many alternative paths and hidden niches have been added. Each of them hides different bonuses. However, rifles are missing. Riot City is pure beat 'em up adventure and you will be able to use many of the other attributes, such as pipes and wooden slats. Fragile items also come from the original game. The barrels from Streets of Rage Remake have now been replaced by exploding metal tubes or cement barriers to break. You will notice that there are exploding bridges or traps where you can fall. In fact, all the elements and details, except the models of the characters, are taken from the original Riot City.
This mod is still in beta, but all its features allow it to be played as a full-fledged game. The qualities are excellent and the fun is uniquely good. 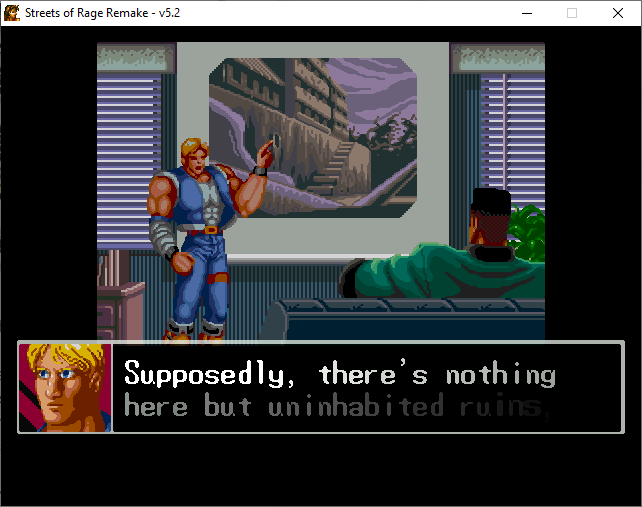 -  Copy the content of ''palettes'' folder and paste it into  the enemies folder of SorR
path:
SorR\ palettes

- Copy the data folder and paste into it main directory of SorR.

Creator of this mod is VidGmr1996  and SoR Remake society.