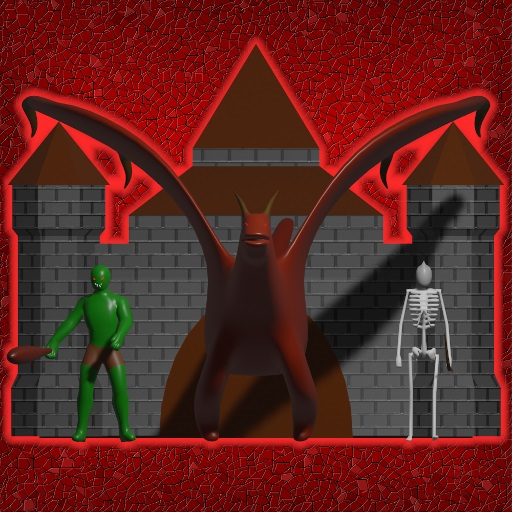 Dragon Attack - Tower Defense is a tower defense game of classic type. This game looks quite primitive against the backdrop of exquisite works, such as Day D Tower Rush or Kingdom Defense: Mercenary, but this is 3D TD game, and the gameplay is excellent.
The game offers you a long-forgotten but classic and very valuable segment of support. You can arrange the defense towers according to your needs, arbitrarily on the map. This quality makes the game a very valuable find.
Several types of turrets are available. These are an archer's tower, a snow tower, a fire tower, an artillery tower, the extremely important electric tower, as well as a logistics build, which aims to facilitate the collection of resources.
The snow tower is a special kind of facility. This building must be used to slow down the enemy by freezing him.
Several abilities that you have need to unlock along with the upgrade of your castle.
In general, the game is quite interesting and we will look forward to an improved sequel. In fact, apart from graphics and histories, there is nothing to improve.
Dragon Attack - Tower Defense will appeal to all fans of originality in the genre.
You can play it online, directly from your browsers.
This game reaches you thanks to gamemonetize.com