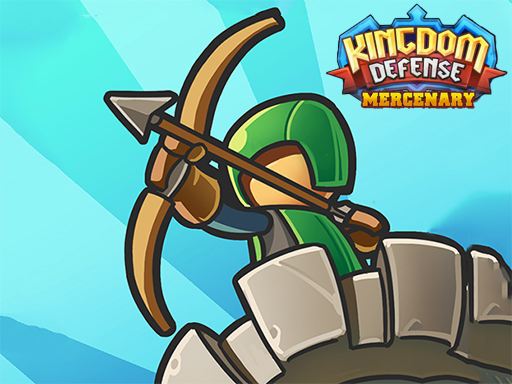 Kingdom Defence: Mercenary is a colorful, fairytale defense game from a fantasy world of tower defense. Mythical and fairy-tale creatures are on their way to your castle to take it. They come in waves, one after the other, and you have to stop them. Fortunately, in this fantastic odyssey you have a large set of means of protection. These are different and multifunctional tower defenses, which are armed with speed shooters, slow but very powerful mortars, as well as several types of magic towers that are effective against several specific creatures or slow down their progress. After a few updates that improve the characteristics of the towers, you will be able to choose the path of their evolution. The towers can take on two new branches of evolution to give them radically new abilities and capacity.
To your defensive abilities you must add a series of spells and spells that you will be able to cast at the enemy in critical areas and crush him when he is very strong.
Kingdom Defense: Mercenary is a online TD game with very interesting plot that you can play online directly from your browser.
This game reaches you thanks to gamemonetize.com