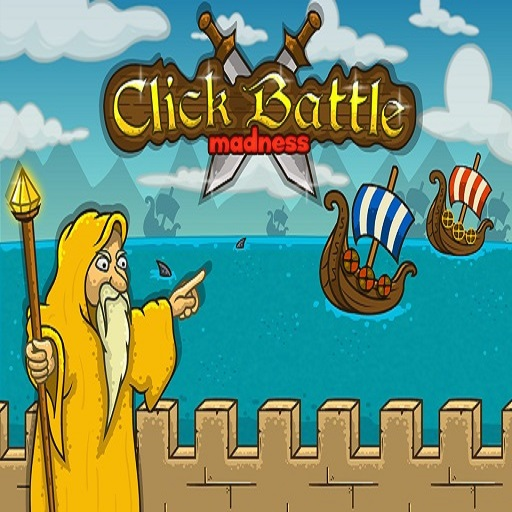 Game for wizards defenders of an ancient castle. Battle Madness is a game in the style of tower defense and frontal attack. Combining is with a battle puzzle where you have to separate figures of the same color.
Your kingdom is invaded by Vikings, brave and ruthless warriors who in a fierce raid can cross your walls and take over the kingdom.
Fortunately, you have an army of wizards who can stop the invasion. They line up on the walls and wait for your orders, cast their powerful spells on the enemy and eliminate him.
You will need to mobilize your wizards by color. When you have collected a suitable group, you must activate it. The more wizards of one color you gather, the stronger your blows will be.
In addition, you will be able to make your walls stronger, build additional towers of defense, collect more resources from the defeated Vikings and additional spells and weapons that will help you fight.
This game is great and promises long hours of play and fun.
Battle Madness is an online TD game that you can play directly from our site without installing it.
This game reaches you thanks to gamemonetize.com