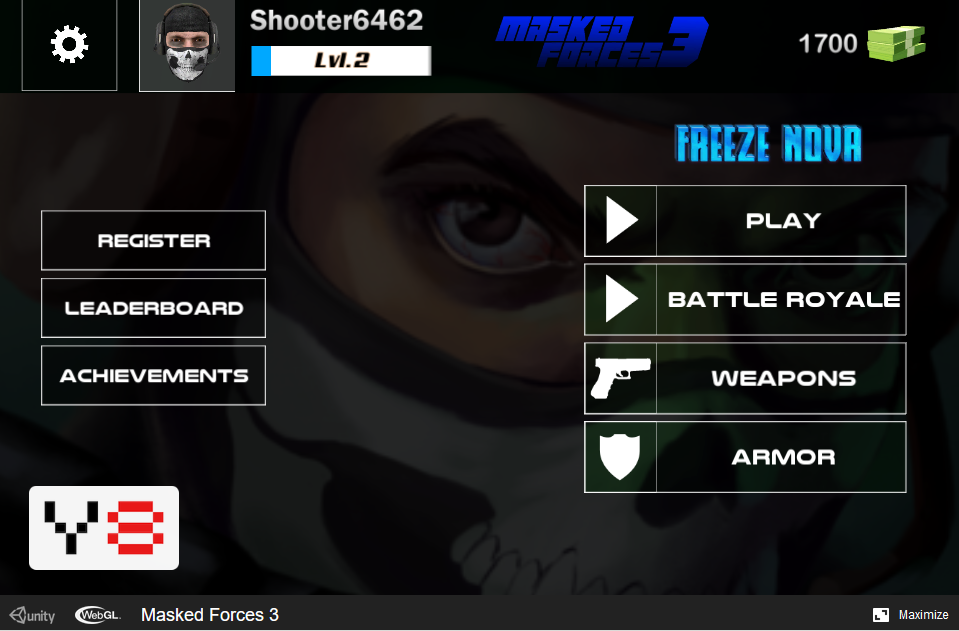 Multiplayer game, a first-person MMO shooter that includes a mode - the last survivor. You can organize your own room with friends or join existing ones.
The set of weapons is impressive, pistol, machine gun, sniper, flamethrower, revolver, crossbow, rifle and submachine gun and other.
You can choose a different skin and many other extras.
This game is dedicated to a squad of super-X fighters who parade with their high jumps and lightning accelerations while running. Separately, you will find energy bonuses along the route, which will shake your strength.
This MMO arena is well constructed and diverse, and the possible battlefields are many.
You can play this free shooter directly from your computer without installing.
This game is WebGL and reaches you thanks to the charity initiative of Y8.com