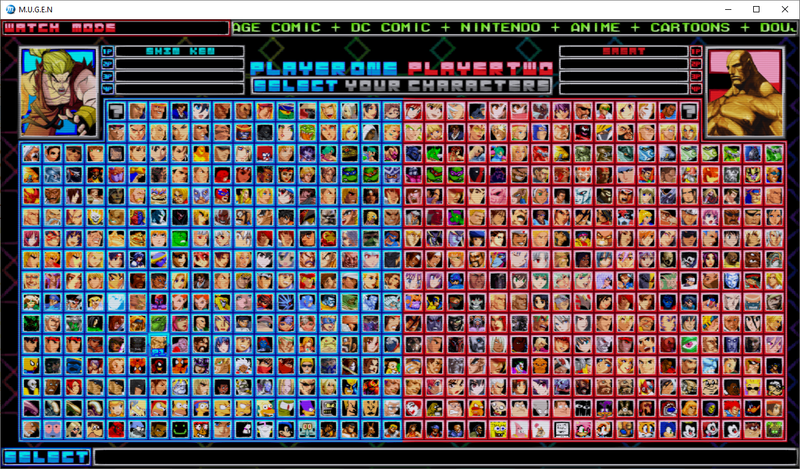 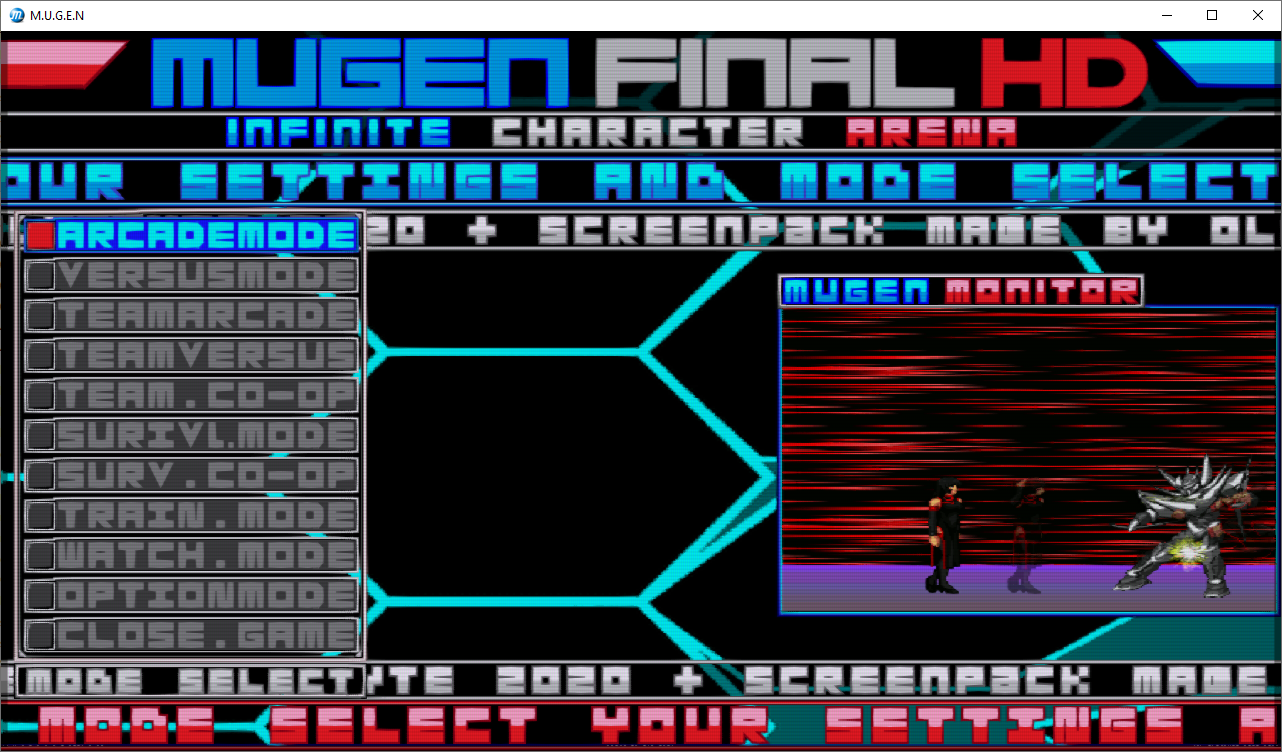 Oh! Amazing ... That's probably all avid gamers want. Console full of jewels. Jewels of many Heroes.
This game has very good technical characteristics. It offers a widescreen format, excellent animation achieved through the ReShade core and good character control. But the greatest wealth and advantage over its competitors is the huge base of team characters. More than 600 different characters to play in crossover mode. In Mica Ultra Turbo Tag 2 By Mozzy616 you will find many heroes from Street Fighter. In fact, these are almost all the main players in the game. This game is typical and it should be noted that most players are present with several varieties. Different models of the same character are differently gifted and their fighting styles differ significantly. Both in relation to each other and in relation to their primary models. We can pay special attention to Ryu Hoshi. He is present in the game with 8 varieties. We can pay special attention to variant of Master Ryo. Unlike our well-known and popular models such as Evil Ryo or Shin Ryu, Master Ryo looks strange. An outdated image with a mustache, whose fighting style looks quite primary. Super effective fighter with many valuable qualities for fighting.
As many as 8 different varieties of Ken Masters have been added too. With a special impression of Zen Ken and Shin Ken. A very different and unconventional style of wrestling. Lots of dynamics and supernatural combat capabilities, that don't even require the use of mana.
A complete set is added, heroes from the King of Fighters, the Ninja Turtles, Mortal Kombat, Capcom and Marvel. For the guest character, there are such characters as Hulk Hogan from WCW and Chuk Norris. However, the characters of M. Bison and Akuma are the strongest.
M.Bison - this Thai leader, military leader and fighter from the Street Fighter tournament, has enviable power. His globular blast of pure energy pour down like rain over the enemy. Apart from that, he is also very strong. His physical strength easily surpasses even the famous SNK-KoF boss - Rugal.
Another enigmatic figure that has been added to the Mica Ultra Turbo Tag 2 game is the character of Gouki or also known as Akuma. He is present with 6 of his first incarnations, among which is the hero of Oni. We must pay special attention to the symbol of Rare Akuma. Its qualities are almost comprehensive. This supernaturalness makes him an irresistible fighter. While M.Bison defeated all other players in the tournament, Rare Gouki also defeated M.Bison in about half a minute, which is 300% resistant. 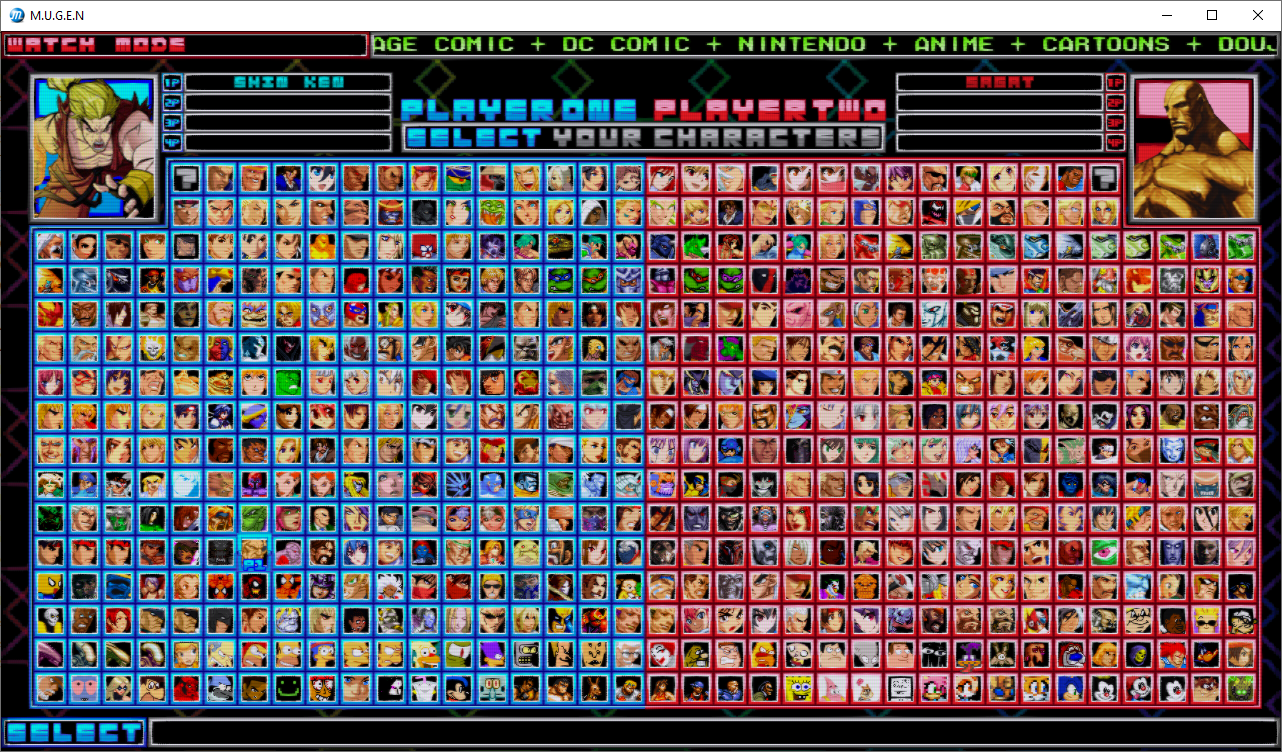 However, the author has predicted and added a character who can beat even the great Rare Gouki and that is Chuck Norris. He simply defeats all opponents with a spectacular finish.
In fact, like Mortal Kombbat and in this Mica Ultra Turbo Tag 2 game, some opponents have the ability to produce a different finish each time they win.
Chuck Norris can summon the Death Star or exclude his opponents as a system administrator. Akuma, on the other hand, sends his opponents into oblivion or he knocks the moon over them.
The game is truly fascinating and will undoubtedly become a favorite of many gamers.
The technical performance is very good and no bugs are observed. However, some opponents are much stronger than others, which can make you change your player-hero several times. Like most MUGEN games, this one will be able to use the F1, F2 or F4 buttons to technically knock out an opponent or to restart a duel.
This would be a suitable technique that will allow you to deal with enemies who are inherently invincible.

To build his animation and special effects in its game, Mozzy616 uses the ReShade engine. Thus, a number of effects have been achieved in the decors, such as a curved screen or a deep look.
Reshade also adds effects to the images of the characters in the game Mica Ultra Turbo Tag 2. This is something you can see in the model of Rare Akuma. His fantastic image is constantly printed on the matrix of time-space. This effect is also achieved with the help of the ReShade kernel.
In general, this is one of the best games for 2022, which are produced by the MUGEN society.