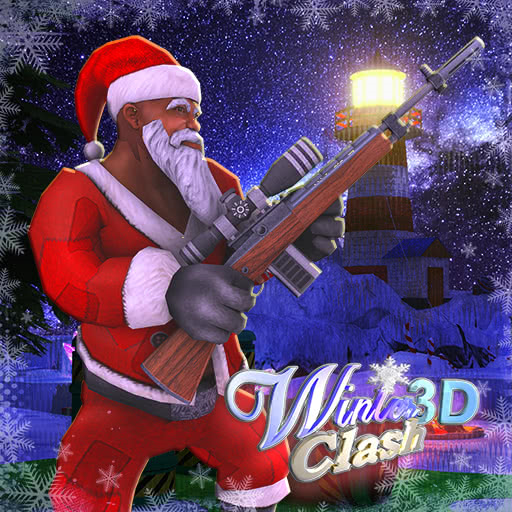 The elves attack Santa's icy office. They want to steal the magic of Christmas.
Well Santa is actually a well-armed hunter. The good old man looks more like a thirty-five-year-old commando, with a thousand years of experience. Handles both sniper and rifle perfectly. He has also cloned himself a thousands times. His army actually is cloned copies of him.
This hero once inspired the brave Vikings to conquer Britain.
In short, raw nature that loves colored crystals and candy. He also owns a nuclear submarine...
Winter Clash 3D is an interesting fantasy game with great qualities that will stun you. This FPS supports multiplayer, and the card is quite diverse. Various passages, entrances and ambushes in this wonderfully inspired world.
Winter Clash 3D is a first-person WebGL shooter that you can play online directly from your browsers without installation.
This game reaches you thanks to gamemonetize.com