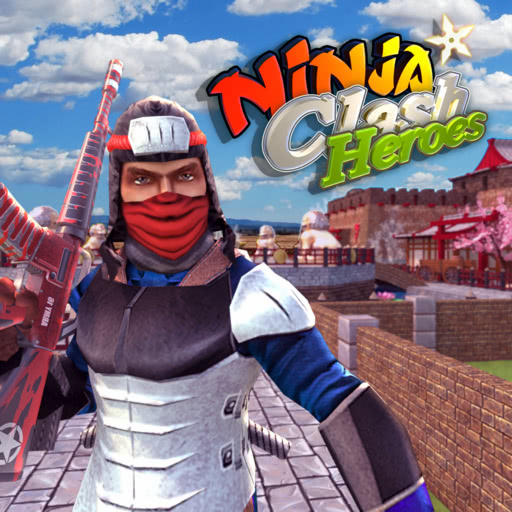 Ninja Clash Heroes is probably one of the best in a series of FPS shooters manufactured by OOO FRIVEI INTERAKTIV.
This game is not just superior to its browser counterparts. Ninja Clash Heroes stands high among the other FPS games separated in its own game box.
Exceptional game!
Its beautiful workmanship, quality animation and gameplay will captivate FPS fans.
Accurate shooting and a large set of characters and weapons to choose from.
Beautifully animated figures combined with excellent dynamics and mobility.
A Japanese temple was attacked by an enemy invader. In the modern age, battles have not changed, but weapons are far more perfect and interesting.
Machine gun, grenades, sniper, grenade launcher or shotgun and spectacular stunts.
Ninja, Geisha, Buddhist Monk or Samurai. Each of them uses its own special equipment and has its own type of weapon.
Your mission is to defeat your numerous enemy in a certain time and your detachment of brave warriors to win.
The map is extensive, with many dungeons, secret entrances, niches. Squares where you can, conduct machine gun shooting against a crowded enemy. High points suitable for a sniper.
The pools can be swum or used as a hiding place or ambush.
Ninja Clash Heroes is a first-person shooter WebGL that you can play online directly from your browsers without installation.
This game reaches you thanks to gamemonetize.com