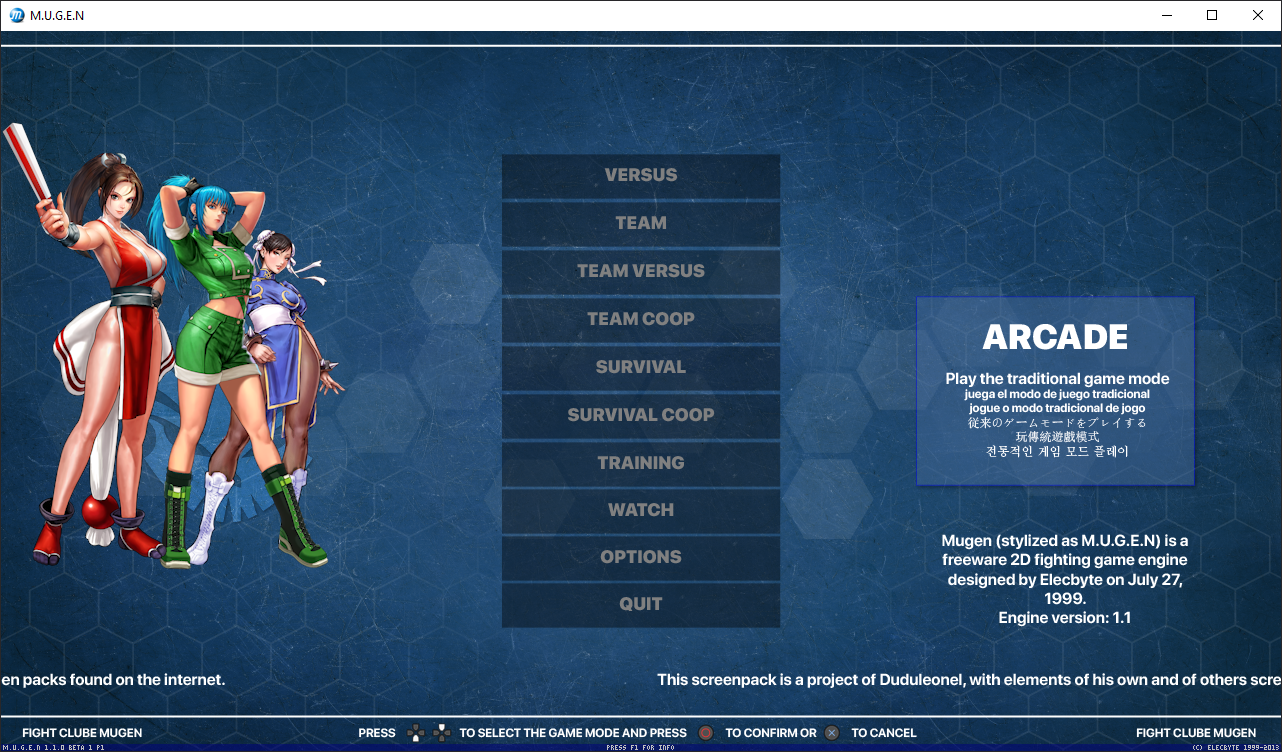 An unusual game. Although typical of MUGEN, this class of games are mostly prized rarities among major manufacturers.
So now a creative team has created for us an extraordinary and very good game for MUGEN.
Fight Club Mugen 2.0 Super Plus boasts excellent quality and good animation. This is also a mutliverse with a very good arrangement. Among other things, the character selection is of the best and likeable characters.
The menu of choice is rich. As many as 115 distinct characters and 15 separate boss characters await your selection. There are no hidden characters and character management is simple. In Fight Club Mugen 2.0 Super Plus, you will find heroes from franchises such as SkulGirls, Sengoku Basara X, Samurai Shodown, Street Fighter, Rival Schools, Dead or Alive, Eternal Champion, The King of Fighters, Marvel, DC and more. Of course, we should also mention such characters as Dart Vader from Star Wars and Dark Magican Girl from Yu-Gi-Oh! who also take part in the tournament and are quite strong at that.
Each character has their own fighting style and controls that are specific to their own franchise from which they are borrowed.
Fight Club Mugen 2.0 Super Plus is a game that will intrigue you and probably gather a lot of fans.
Like all mugen games, this one is free for its fans.
Let's thank all the creators from MUGEN.
This game has been created by Duduleonel and Mugen society.
Installation : Download ===>> unzip ===>> play 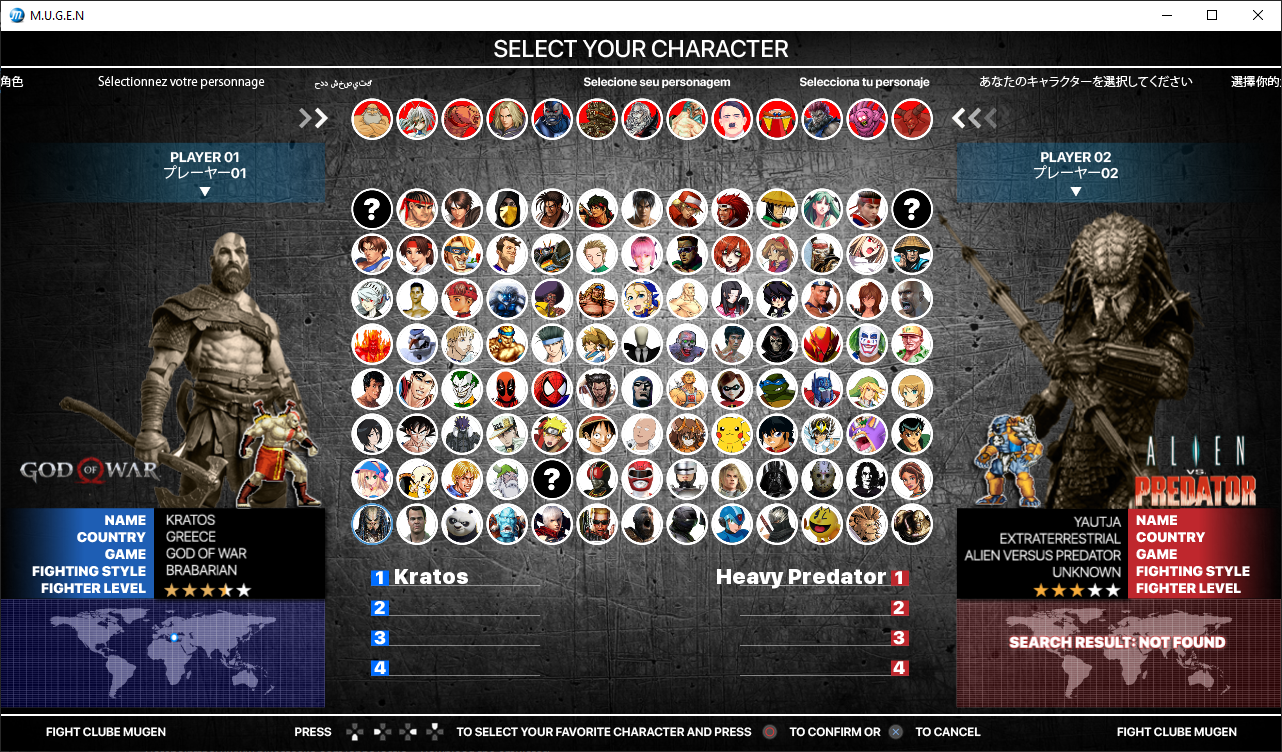