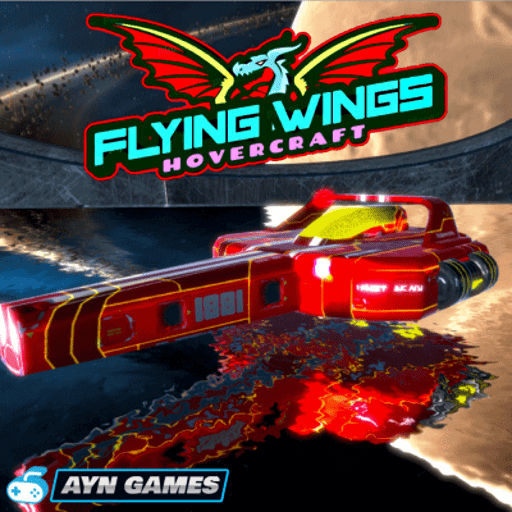 Creative studio AYN Games moves its world one line further into the future with this game called Flying Wings Hover Craft. The era is still a Neon World, but humans have already moved their cities into Earth orbit and inhabit this open Earth space. The cars have been replaced with anti-gravity speeders, and the roads are made of neon tiles.
The game is extremely interesting, inspiring and dynamic.
The speeders whistle with the thrust of their neon plasma engines and leave a colored trail of ionized kerosene. You can choose from a variety of models. You can improve its characteristics, such as speed and acceleration, as well as give it a unique look through the leather addition system.
Several game modes:
Race - a classic race between speeders, where you will fight for first place.
Stunt - a twisted race track for cascades. Dotted with ramps, high-speed sections and long flights.
Fall Down - a system of stepped paths on which you will have to descend to the finish. These are mostly straight but broken tracks, where you will be able to accelerate to the maximum and land on the next race track.
Free Drive - you will be able to get to know this neon world and walk through its squares and cross the great ramps. You can practice your driving skills before embarking on a race.
Well this version of Flying Wings Hover Craft is good and you can play online without installing.
This game reaches you thanks to gamemonetize.com