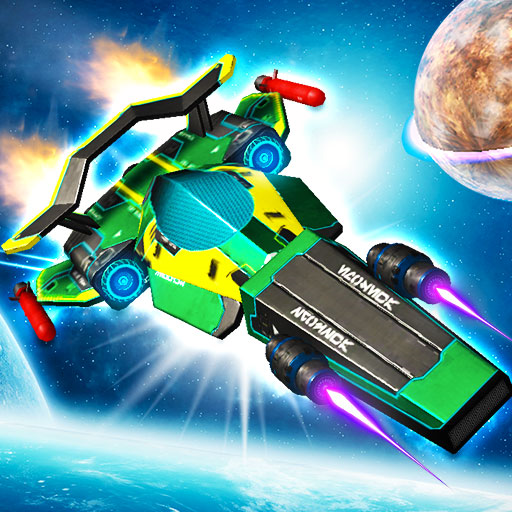 Cyber Racer Battles is a well-animated mix between a standard speed racer and a space battle in the style of Star Wars.
Mankind has long mastered space. However, the colonies are at war. Your speeders are armed and ready to embark on this space battle. To this end, you are well armed, and you must engage in various missions through which to contribute to the victory of your team.
This game also supports multiplayer which makes the game a great fun.
High speeds are typical here. You will race with other speeders and missiles, as well as with ultra-fast light torpedo.
Control over weapons is performed by the keyboard and in particular:
Move - W, A, S, D
Missile - F
Guns - G
Fix hover position - R
The racetrack has a central place here. This part of the game is especially interesting but also very difficult. The high speed of these speeders makes them difficult to control.
As bonuses along the route you will find a number of weapons with which to eliminate your opponents or outrun their missiles.
Cyber Racer Battles is a 3D online game that you can play online, directly from your browsers.
This game reaches you thanks to gamemonetize.com