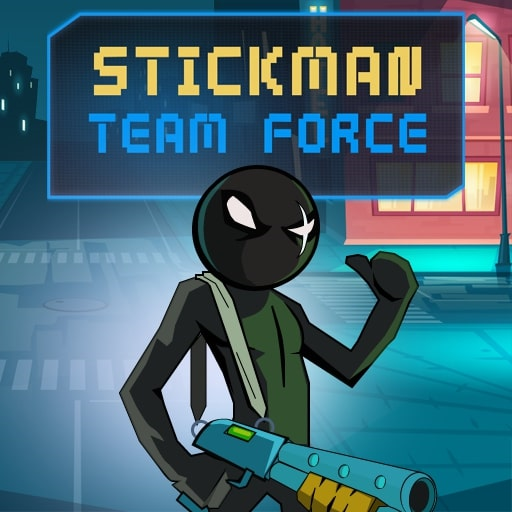 Stickman fighting game. StickMan Team Force is a beat 'em up third person shooter shooter.
Your stickman team on the roads of a two-dimensional town, conquered by numerous and powerful creatures.
You can gradually take control of your fighters and choose exactly which man you want to control.
Detachment has a melee warrior that can stop oncoming units.
Sagittarius-especially effective from a distance, which can support the melee worrior, or through maneuvers to shoot at their enemies.
Cannon - his hevy ammunition is also effective from a distance, but this warrior fires slowly. However, his ammunition inflicts heavy damage on the enemy, if you shoot accurately.
Extremely interesting beat 'em up shooter, with very intense action and quality animation.
StickMan Team Force is an online game and can be played directly from your browser.
This game reaches you thanks to gamemonetize.com