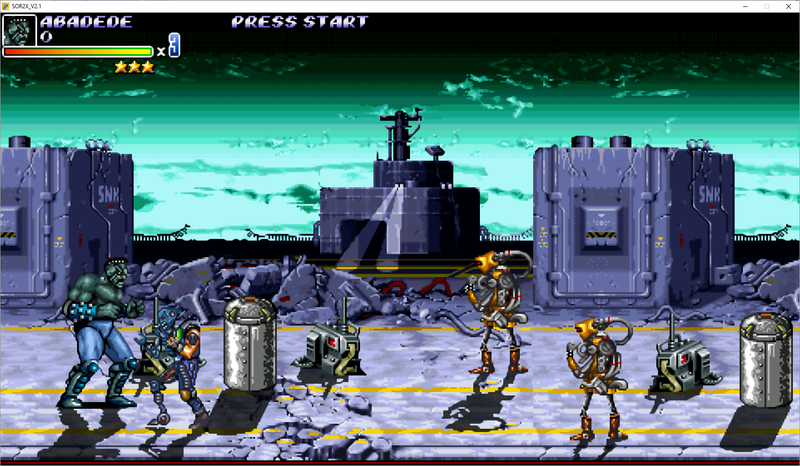 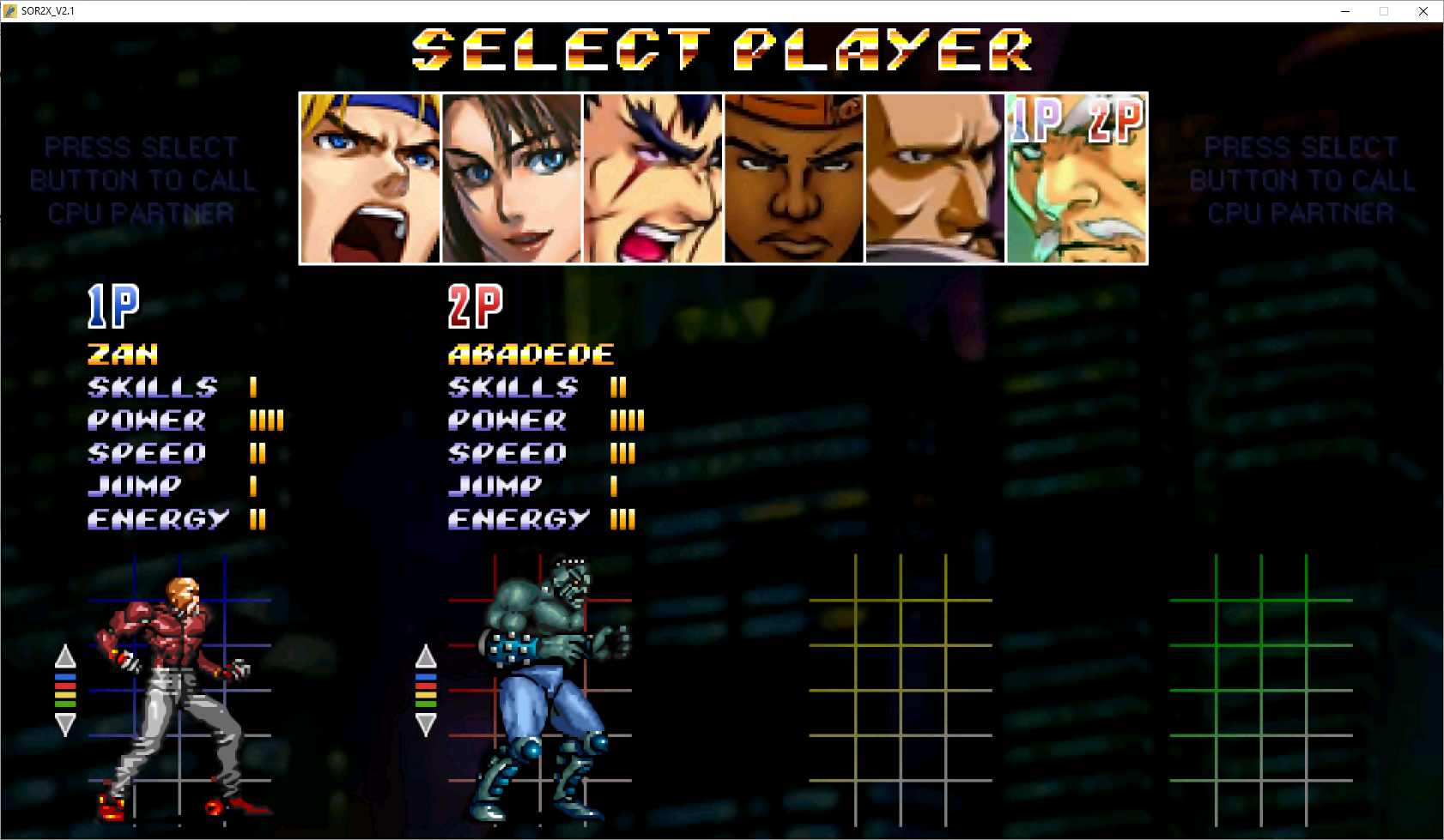 A new exclusive project by Antyguf. This is a mod to the game of Kratus SOR 2X V2.1., Where new sets, new scenes, new plot and totally new characters have been added. The Zan or Axel group is now joined by a handful of cyborgs, such as Abadede, who possesses inhuman power, the robotic boxer R. Bear, and the cyberneticized Cyborg Zamza.

Mr.X has made remarkable progress in his research and in mastering Wood Oak City. Now his labs can turn people into cyborgs, and create new intelligent robots. The city is enslaved and the inhabitants are part of a mechanized brigade.
Zan and Axel's group is in full force, and now they are joined by some of Mr.X's bosses. Their skills and abilities will prove invaluable in this tense round. 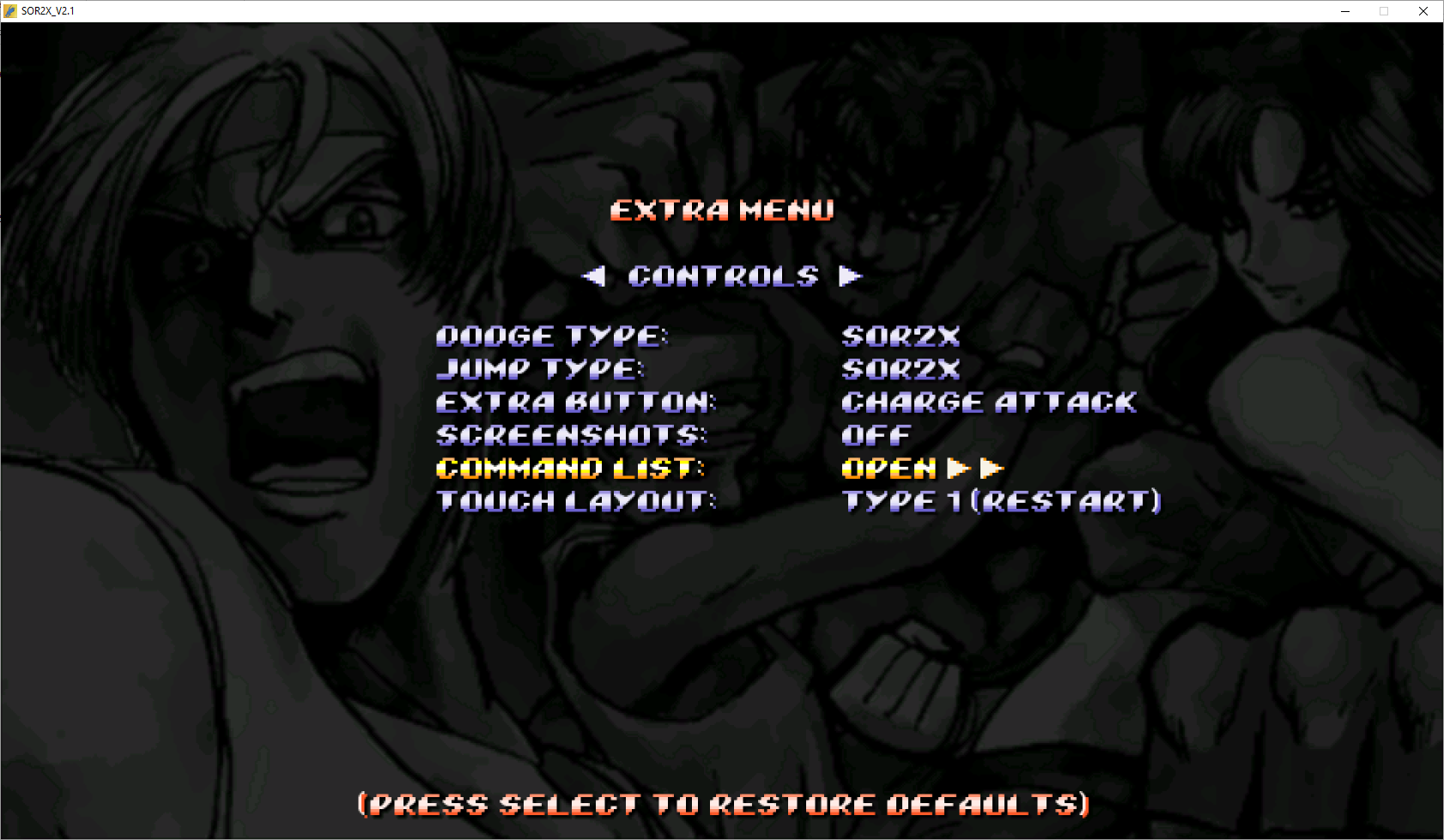 In his game Streets of Rage Cyborgs, Antyguf makes full use of Kratus' SOR 2X V2.1. You will notice that the qualities and depiction of their functions are unique. The two games are virtually identical.
However, the decor and arrangement of the sets is so innovative that you will be left with the impression that you are playing a completely new game. Live details and new artistic scenes. Comic elements and a completely new and unfamiliar world will make you play Streets of Rage Cyborgs with great interest.
Now, for example, when you defeat a robot, you can watch its body explode and its head separate and continue to pike around the screen in an attempt to reach the laboratory where it was created. Bio-mechanical organisms, on the other hand, crack and disintegrate into fumes when fatally damaged. Robo-ninjas, on the other hand, disintegrate and agonize in a spectacular and large-scale short circuit, while the electric arcs completely cover them, and they evaporate into the atmosphere.
Other machines caught fire and fell to ashes. 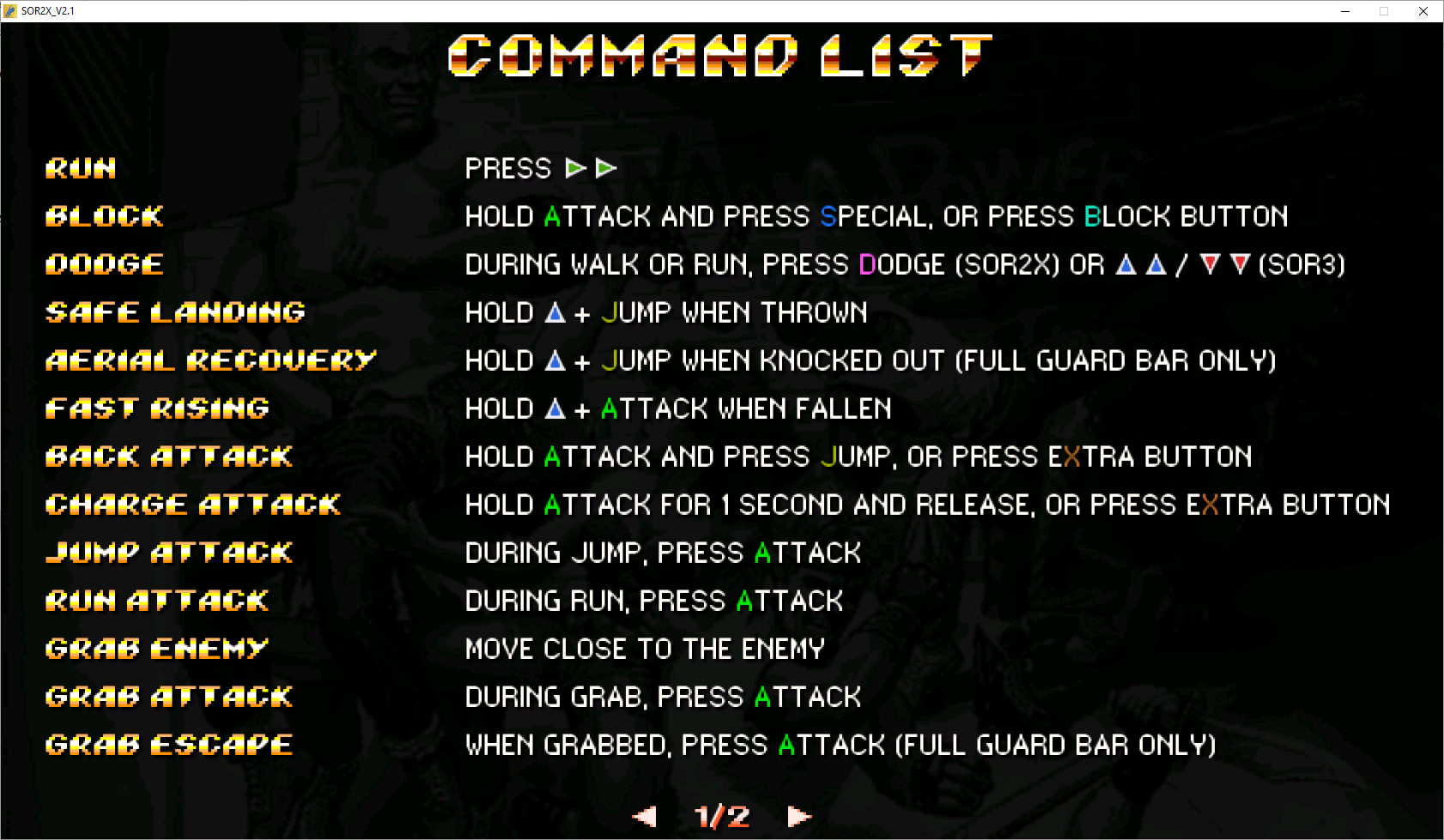 The game also has a large set of special moves, super punches and combinations that you can learn from the extra menu for additional settings. With this feature, Streets of Rage Cyborgs for OpenBoR is very similar to Streets of Rage Remake, produced by Bomber Games, although it has significant differences in the choice of modulations. You can significantly modify your gameplay.
Although this is a beta edition, it has the qualities of a finished game.

SoR 2X Cyborgs the game mod has been created by Kratus, Antyguf and OpenBoR Society and its free to play.