MKP The Chosen One Revision 2 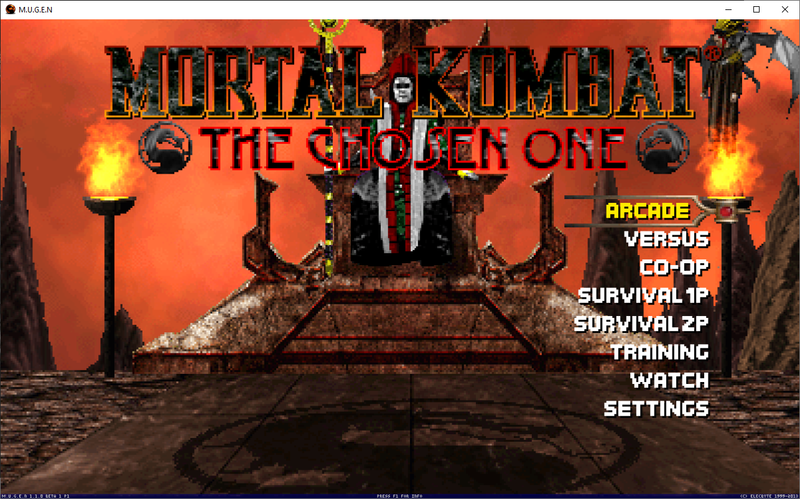 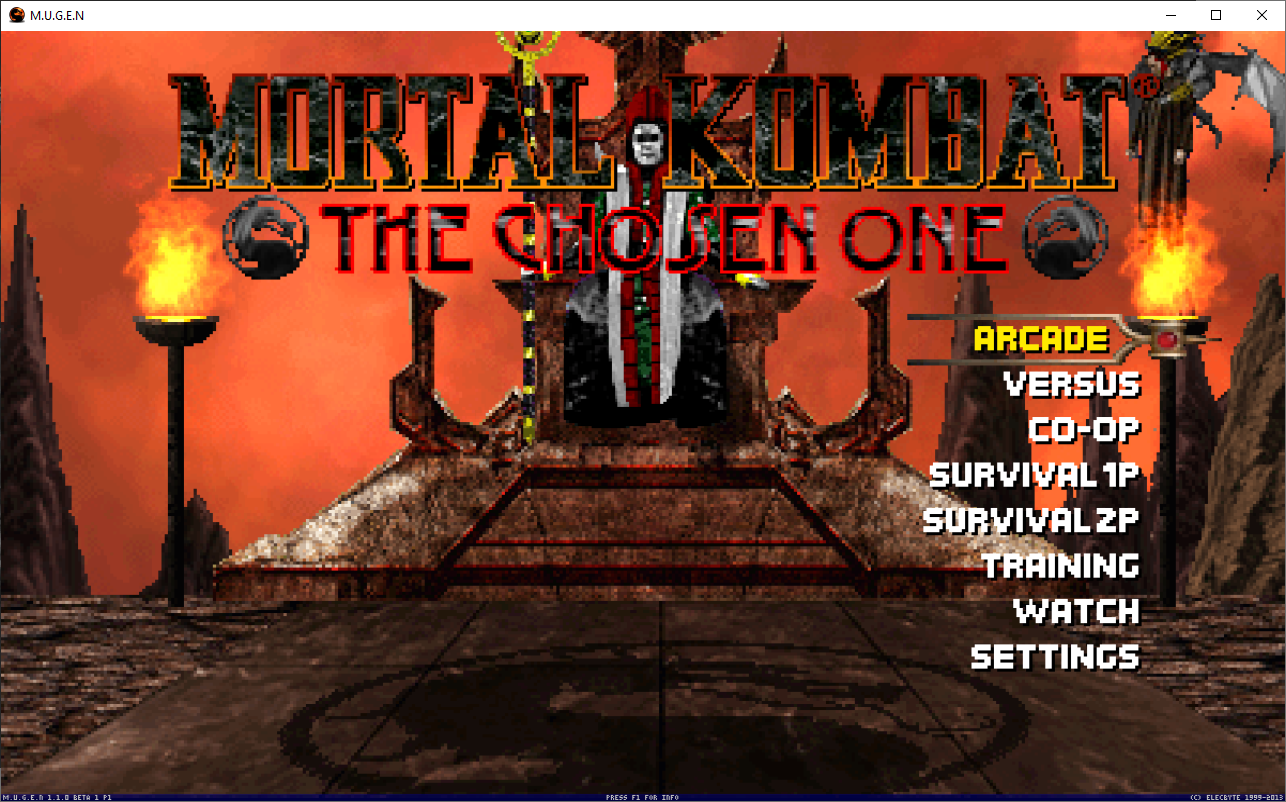 Great!
Mortal Kombat chosen one for mugen. This is the next version of the game. Rich collection.
Although with a single tower of challenges, the campaign lasts more than two hours with active gameplay. The main opponent and final villain this time is Shinok, who is supported by Emperor Liu Kang. This ancient higher god corrupted the soul of Liu Kang and now the two rule much of Earth realm.This character surpasses its other alternative versions in all its features. He is a sub-boss, but in many ways he is harder to overcome than Shinok.
The technical performance of this game is standard for the Mortal Kombat Project. 312 separate characters have been added, among which there are duplicate or alternative versions of the characters, which also have different qualities and abilities.
The game starts hard from the beginning. At the highest level, there is almost no fighter who can make his way forward without getting very tired. Exceptions are Goro, Mutaro and Kintaro. Their skills and resilience make them the main contenders for the Shinok throne. However, still fighters like Reiko, Emperor Liu Kang or Haxa-Sin are difficult to overcome.
MKP The Chosen One Revision 2 is a great game for 2022 that will appeal to all fans of this series. Finishing moves are standard for the series and are very easy to perform.
And the author's promise is to expect the third edition later this one in 2022.