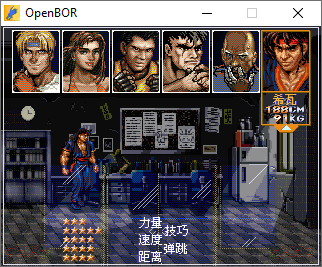 New and amazing series of games, this time from China. In fact, the game is not new, but the creative approach is original. The style of the game brings to the spirit of the creative society of Modern China.The wide creative scope will give the fans of this series, great fun. New game techniques, more dynamics and special effects, more fighting techniques to use. The shootings in the game are unique. For the first time you will be able to lead active skirmishes with your enemies, which include grenades, rifles and pistols.Bare Knuckle 6 games also have a very good story.
A new element in the game.
Axel travels to faraway Japan to seek the help of a powerful warrior. This is the majestic image of Takuma Sakazaki also known as Mr. Karate.
After arriving in America, he defeated the great masters of martial arts, Shiva and Buie, and so under his powerful posture, they joined the group.
Also, the elegant Lisa will join the team of Axel and Zan in an attempt to stop the growing power of Mr.X.
Over the last few years, Bare Knuckle 6 has undergone several improvements and modifications. They are all presented as separate games that can be played separately. Some of them are so different that you will be convinced that you are playing a separate game.
We have gathered the games from the Bare Knuckle 6 series in one common pack.
They are all free for both play and further remodeling.

The OpenBoR engine is added to the set, to which you can add all your favorite games that are adapted for this system.
You will find new mods in our library, from the menu above. 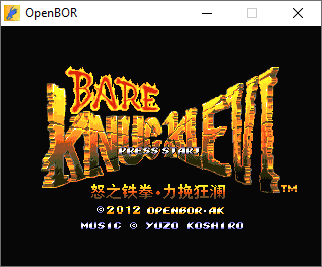 Note!
if you use our torrent download channel, you will also download a package of games, Animal Girls | 5 Games Pack OpenBoR!