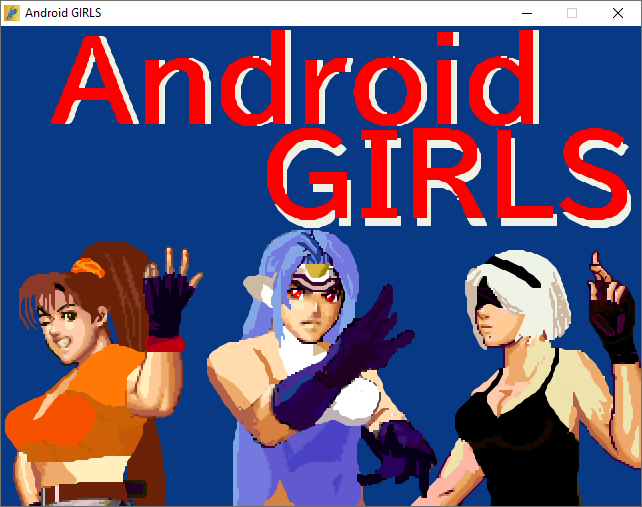 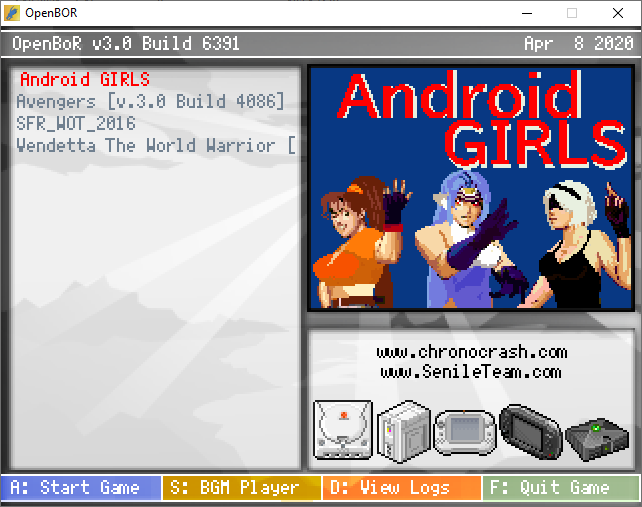 Android girls is one of the best offers for quality gameplay from コ ウ Gameplay channel. Extreme intensity of the battles, this time a mixture of Beats of Rage and Final Fight. Again a girl team that includes original characters, such as KOS-MOS, especially the poisonous 2B, as well as the powerful Linn. The game is characterized by many innovative approaches that are characteristic of this artist.
Although the Android GIRLS team is female, your enemies are taken from BoR's best characters. This makes the game quite interesting.
In addition to the characters you can use, along the way you will find many amulets that will transform you.
The Android GIRLS game promises seven long levels and hours of busy gameplay, and the characters, though from the Beats of Rage universe, have added many new skills and qualities that break the boring mode of the original.
In addition, a mini package of games for OpenBoR - Android GIRLS and several classics, Rremixes of Beats of Rage, such as the cult game, Avengers, the super-good offer SFR_WOT_2016, where the teams of Street Fighter, will embark on the winning action adventures, as well and Vendetta The World Warrior. The games have a general conjuncture and use the Beats of Rage platform.
The OpenBoR console has four .pak game files that you can play, but you can add more. All your favorite OpenBoR or BoR games can be run here by adding them to the .paks folder of the engine.
You can find new mods and games in our library above or in the archive.org depot. All OpenBoR societ games are free to play.