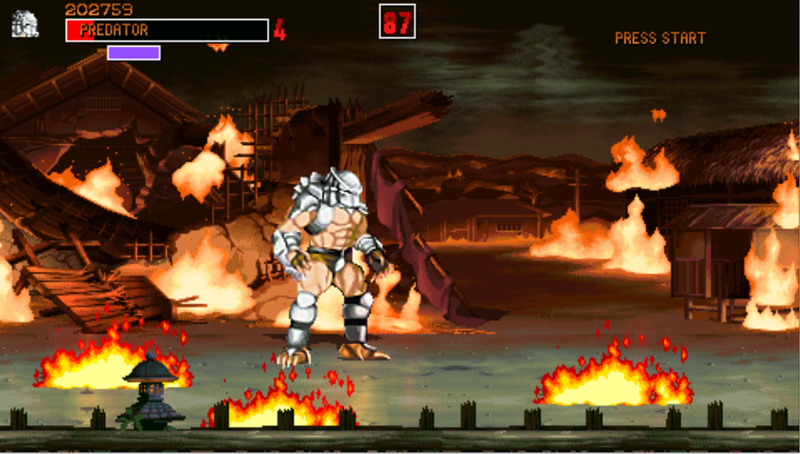 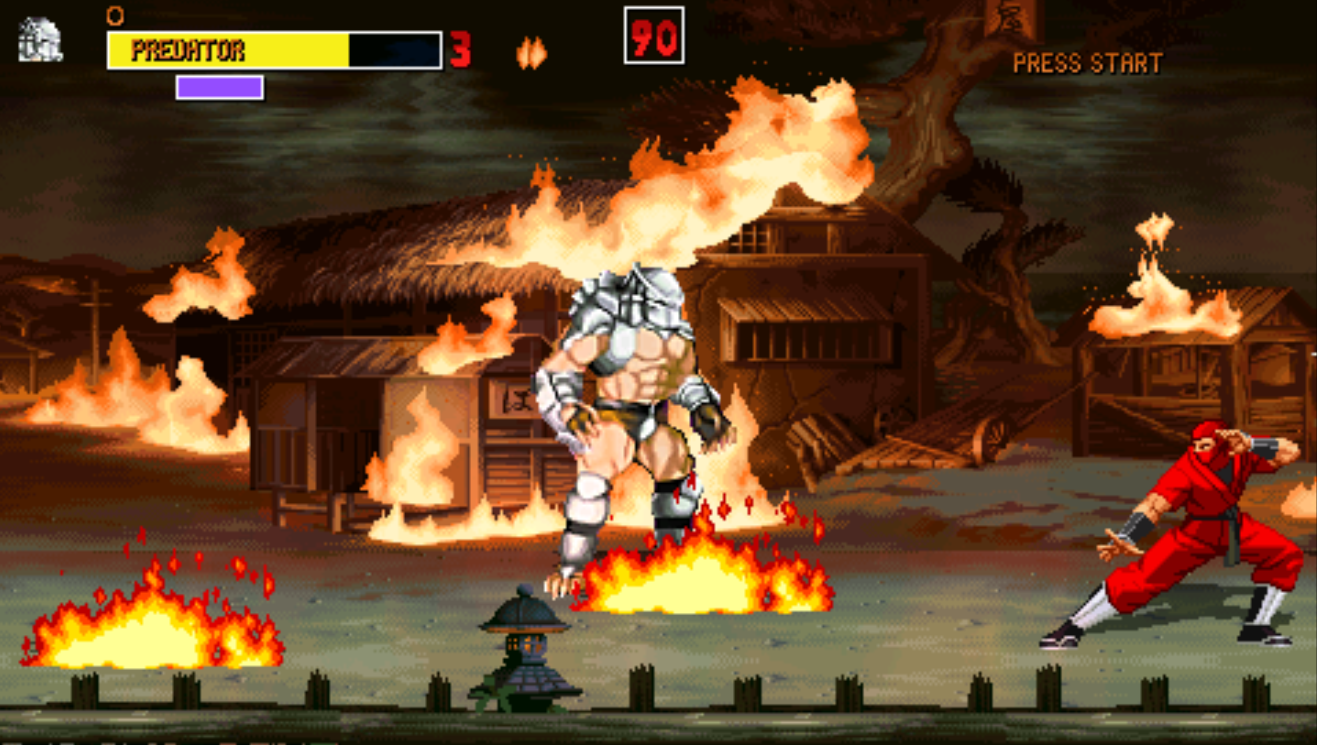 Far in the last century, Haggar's fighters won! Metro City was saved and the surviving bosses remained in complete chaos ....But ..!Fiery tornado ... Whistling blades ... Tiger punches ... Leading boxing master champion again.M. Bison ... NEAR!This charming figure has set out to gather the scattered bosses and conquer the city, as well as most of the world.
The strength of this leader is enormous. Far from the jungles of Asia, however, his army was pursued by another contender for dominance. This is the predator that roams and hunts the strongest wariors.
So, in this chaos you have to choose your hero and win.
The choice is great. your selectable characters are:
Haggar's fighters: Blaze and Axel from Street of Rage, Guy, Cody, Haggar, Maki, Chun Li, Achun Li / very strong version of a fighter /, Cammy, Guile, Zangief, Eliza, Felicia, Yoko and Kurokisi.
M. Bizon's army includes: Hugo, Sodom, Poison, Rolento, Balrog, Vega, Sagat and M. Bison.
Invaders: Ryo, enraged by rage.
Bishamon - samurai with his own views on domination.
Robert - joined the party.
Leo, Megaman and Goku - got into this world without knowing how.
The hunt: The predator is looking for the strongest wariors...