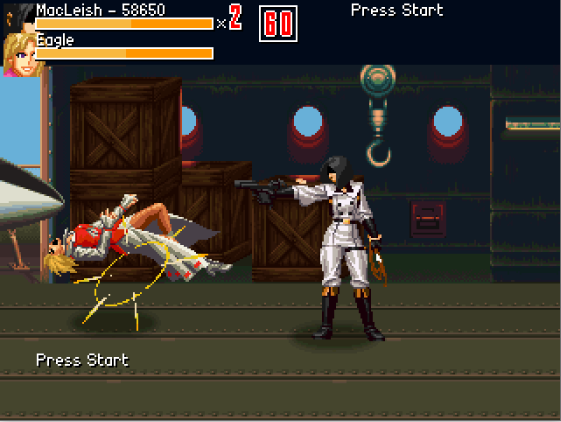 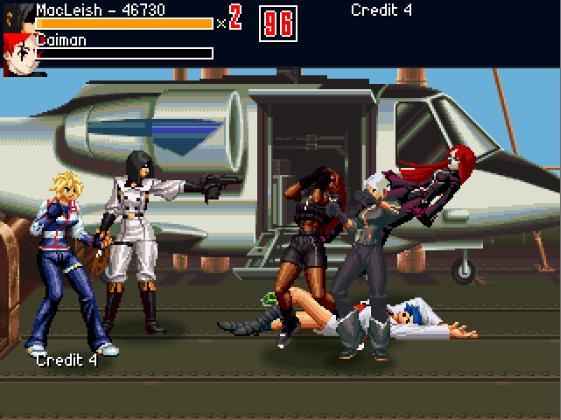 This game is from the Rhythm of Destruction series.
This is a very stable remix of Beats of Rage and recreates a beat'em up environment. Here, however, the teams are female. As strong as their brethren. The heroines are from several games, such as Metal Slug, Street Fighter or K.O.F. As well as a characters who resembles his male counterparts. Characters include Cammy, Python, Captain Flagellum, Armstrong, Mac Leish, Rottwiller and Kanae.
The game is out of sync and many of the powers are asymmetrical. Huge and strong swarms can make the match meaningless. However, the author has added some additional qualities to compensate for this. Grenades, pistols and machine guns are standard in your range and you will be able to use them throughout the game.

this game was created by: Daniloabella   and OpenBoR society