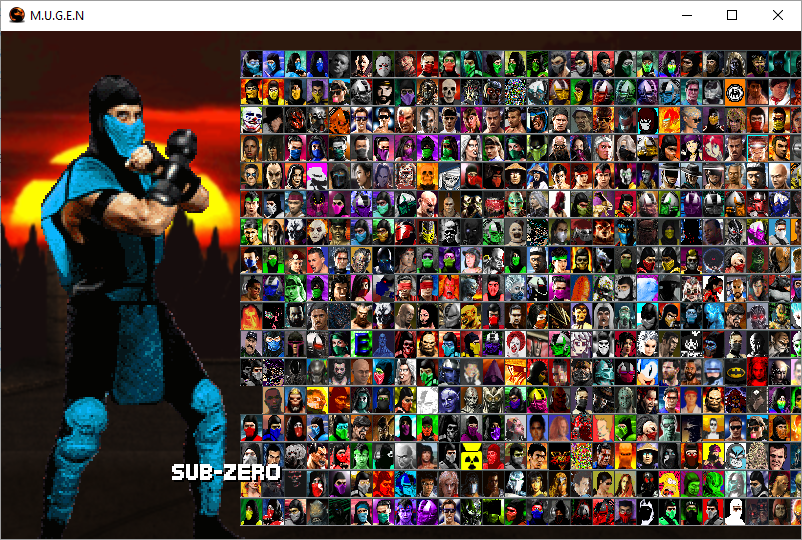 A good remake by M.U.G.E.N.
This game is based on Mortal Kombat Project Season 2.9, and a huge amount of new characters, new levels and music have been added to it.
You will be able to compete with such legendary characters as the Undertaker and Kane from WWF, Homer Smpson, Rambo, Terminator, as well as legendary characters from the world of horror. They are all set in the universe of Mortal Kombat, where Shao Kahn rules in conflict with the Elder Gods.
For their part, there are many contenders for Shao Kahn's tone. Extremely rich and expanded lineup of MK characters. You will find many fighters who are not present in the original parts of MK. Also, many of the great champions have several different incarnations. For example, Sub-Zero can be selected in the image of a polar bear.
It is worth noting that in MKP Season 2.9 Krossovers Edition a large set of closing moves has been added - called fatalities, brutalities and stage fatalities. They are all extremely simple to implement. Although they are different for each fighter, their combinations are the same for everyone.
In the installation folder of Mortal Kombat Project Season 2.9 (Krossovers Edition Final) you will find the combinations with which you will unlock these moves.
The total number of characters you can use is 442.
Among the guest images you will be able to use such as Fronzen Sub-Zero, Skarlet, Chamelion and Tremor. Hanzo Hasashi also appears, who will later become Scorpion. Other alternative figures include Monokhrome, Hydro, Blaze of Killer Instinkt, Aqua and Street Fighter warriors led by M. Bizon.
Like all other MUGEN games, this one is free.
From the console menu you can tune your controllers as well as select the new one on difficulty. Different game modes are Arcade, Versus, Co-Op and Survival.
In addition, there is a training regime where you can gain mastery.